4 deputies or their offices responded 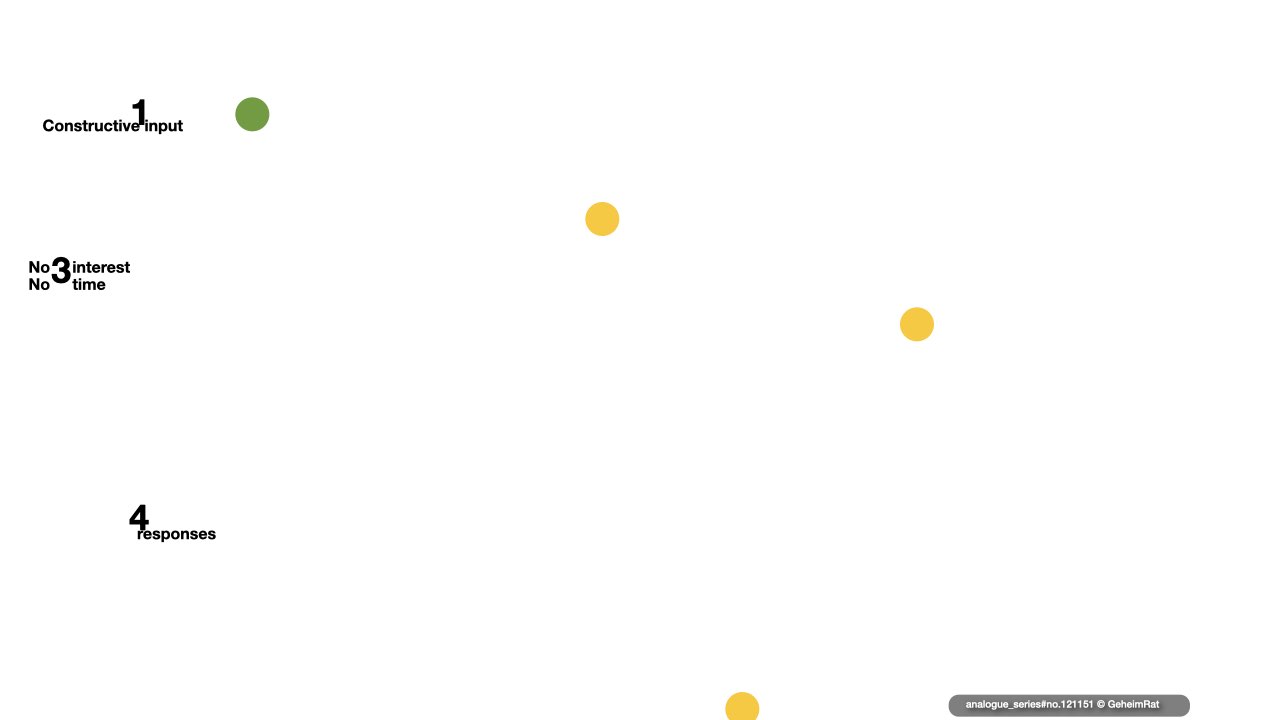 618 deputies did not respond 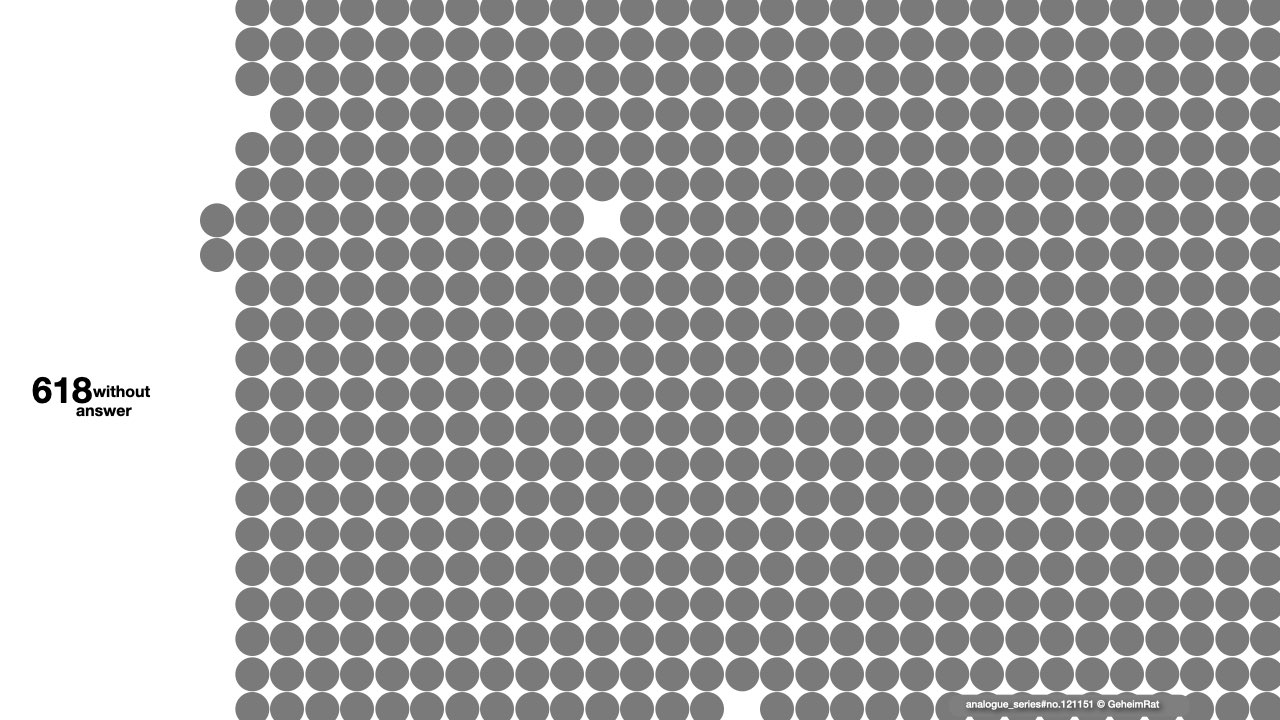 The full picture of answers 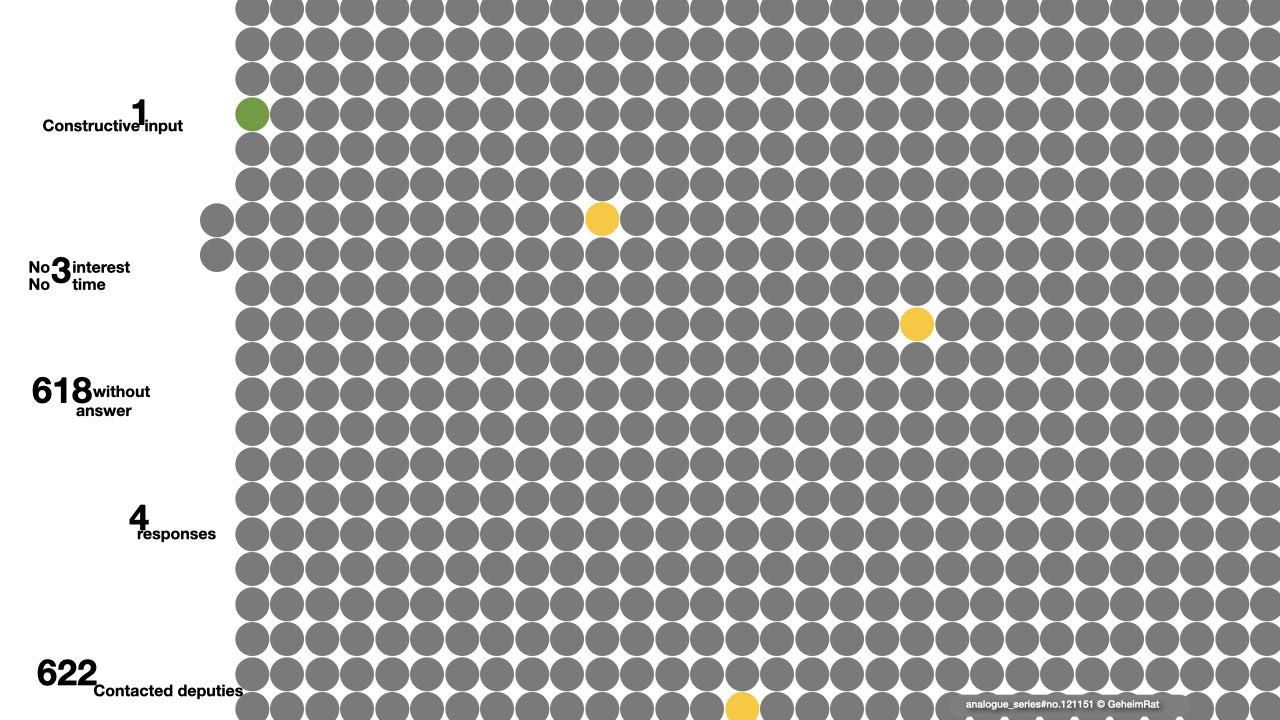 on behalf of Wolfgang Neskovic, MP may I transmit to you the answer of the office Neskovic, MP to your Mail of 15 November 2007. With your listing for the actual representation of the groups mentioned, you describe in part well-known deficiencies of the representative democracy of the Basic Law. In the order of your listing:

1.The lost votes are due on the one hand to the mixed electoral system of proportional representation and majority voting, and on the other hand to the blocking clause (5 %) in the electoral law. If pure proportional representation were used, voters would be deprived of the opportunity to elect a specific candidate (instead of a list). This would strengthen the role of the parties vis-à-vis individual candidates, since the former draw up the list.
The blocking clause allows votes to "fall by the wayside," but at the same time prevents a fragmentation of parliament with all the unpleasant consequences. The history of the Federal Republic of Germany shows, however, that small groups have always succeeded in getting into the Bundestag.

2. Because no one can be forced to vote, the number of voters who participate in the election never expresses the entire population eligible to vote. It could be said, however, that not participating in the election is also an electoral decision. It is then still an open question whether non-participants are not also represented, since they deliberately left the actual composition of the Bundestag to other voters. We tend to answer this question with "yes“.

3. Representation of the Bundestag naturally concerns only those eligible to vote. The reasoning behind this is that a certain level of maturity is required for active participation in the political process. If you were to allow three-year-olds to participate in the election, their "voting decision" would more likely reflect the views of their parents. Families with children would then be "electorally stronger" than parents without children. You may know that there are voices in academia that would like to see precisely this, however, as a meaningful bonus for families with many children. The opinions here are as colorful - as the possibilities.
In our view, however, the voting age could at least be lowered significantly. It can be argued that, for example, those who are also of criminal age should be allowed to vote.

4. We do not share your last doubt. Germans living abroad should also be allowed to participate in the formation of the Bundestag with their vote. Be it because they will return home one day. Be it because they should have co-determination rights in at least one country of the world. We see no real need for discussion here.

5. Summary:
We are of the opinion that changes to the electoral system may well be considered with regard to points 1 - 3. At the same time, however, it should be clear that "turning the screws" of democracy will bring advantages and disadvantages at the same time. Deficiencies that are eliminated create new, different deficiencies. Example to 1.): Those who want to forego a blocking clause not only gain the inclusion of votes that would otherwise be lost - but must at the same time expect to forego a compulsion to bundle political opinions. The political system may fray and make it more difficult to form majorities capable of governing.

We hope this small presentation was of value to your project.


Office Wolfgang Neskovic, MdB
Former Judge at the Federal Court of Justice
Member of the German Bundestag Deputy Chairman of the Legal Committee
Member of the Parliamentary Control Committee 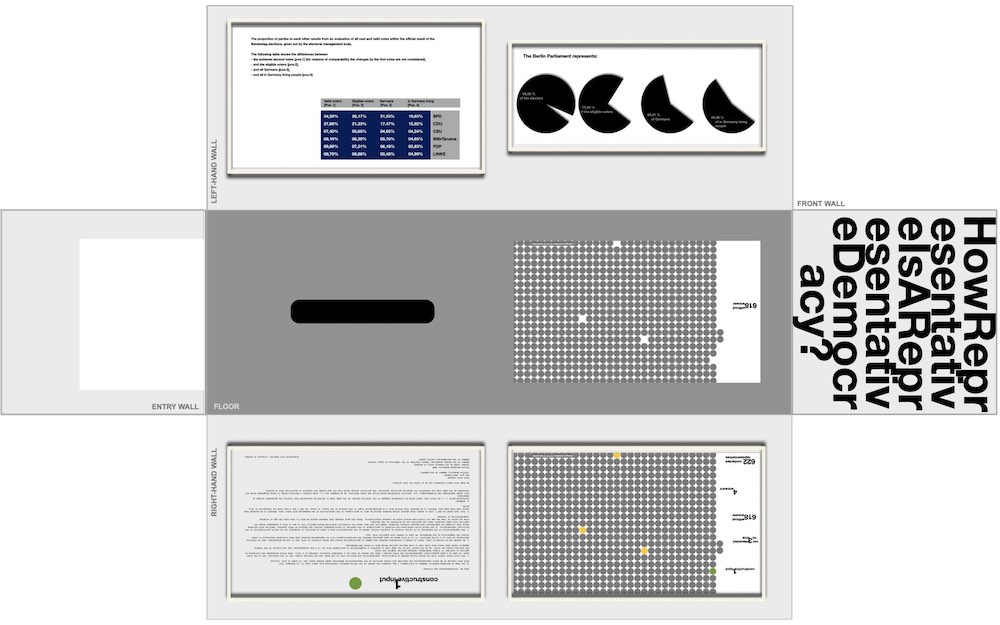