Art. 2, 7, 8 of the Universal Declaration of Human Rights 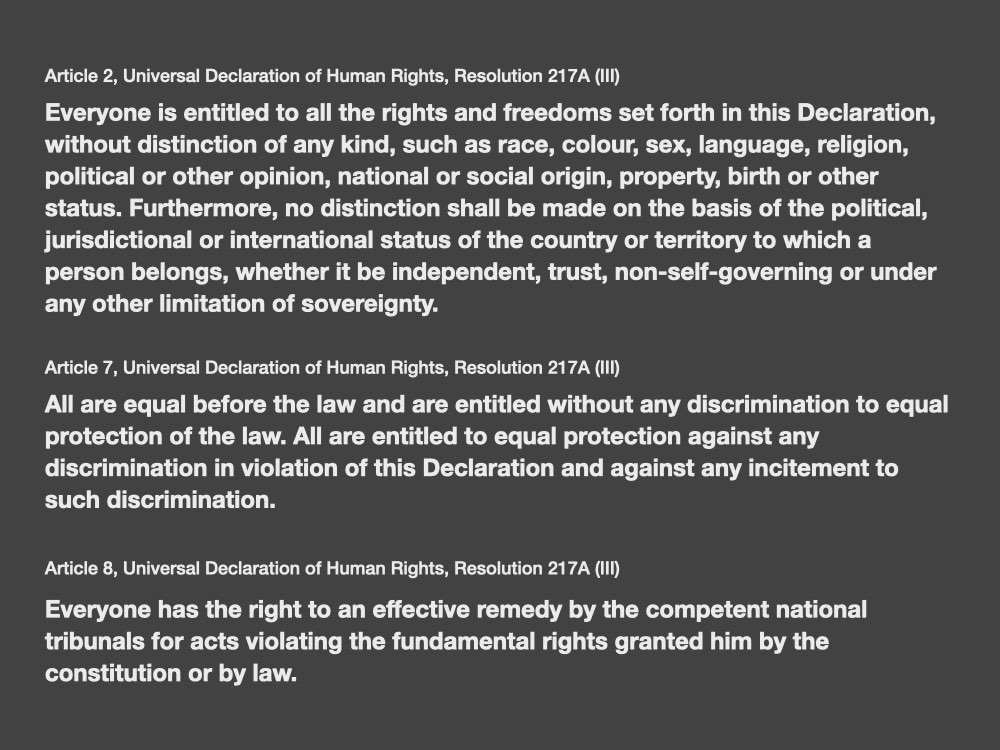 The judgment of Cambyses 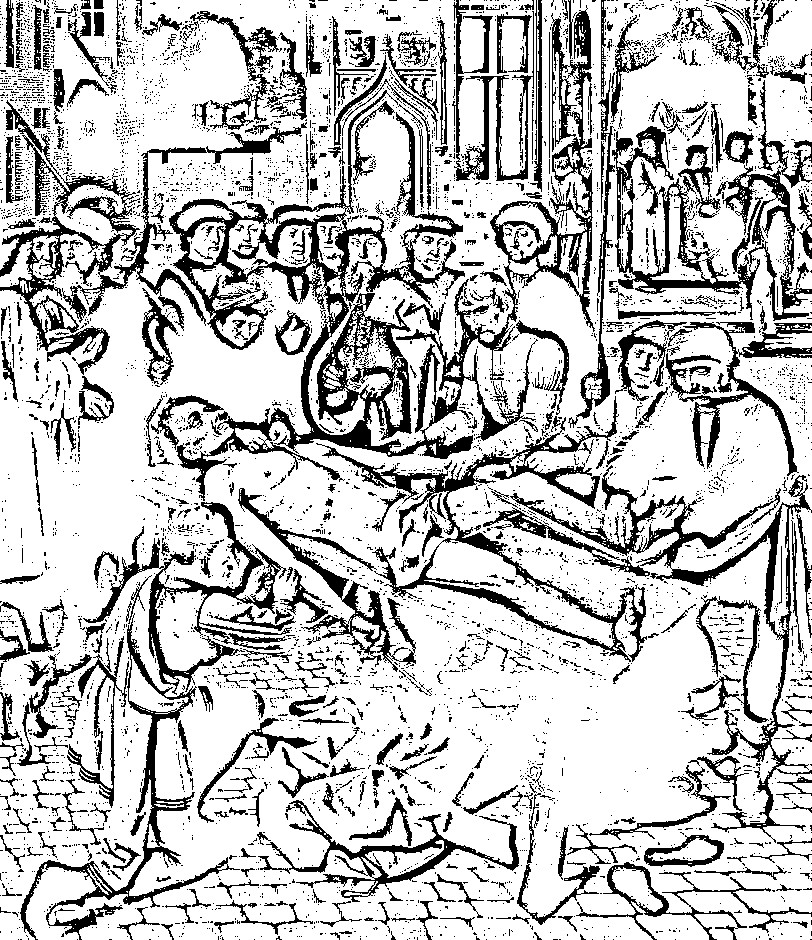 The Persian king Cambyses had the royal judge Sisamnes executed because he had pronounced an unjust sentence in exchange for money. Afterwards he had his skin flayed, cut straps from the skin and covered the judge's chair with it. The son of the executed and maltreated Sisamnes, Otanes, was appointed judge by Cambyses and reminded him to always remember on which chair he was sitting in judgment.

Here is the right panel of the diptych The Judgment of Cambyses by Gerard David from 1498 in black and white reduction.
The original (in color) hangs in the Groeningemuseum Bruegge, oil on wood, size: 202*172,8cm. 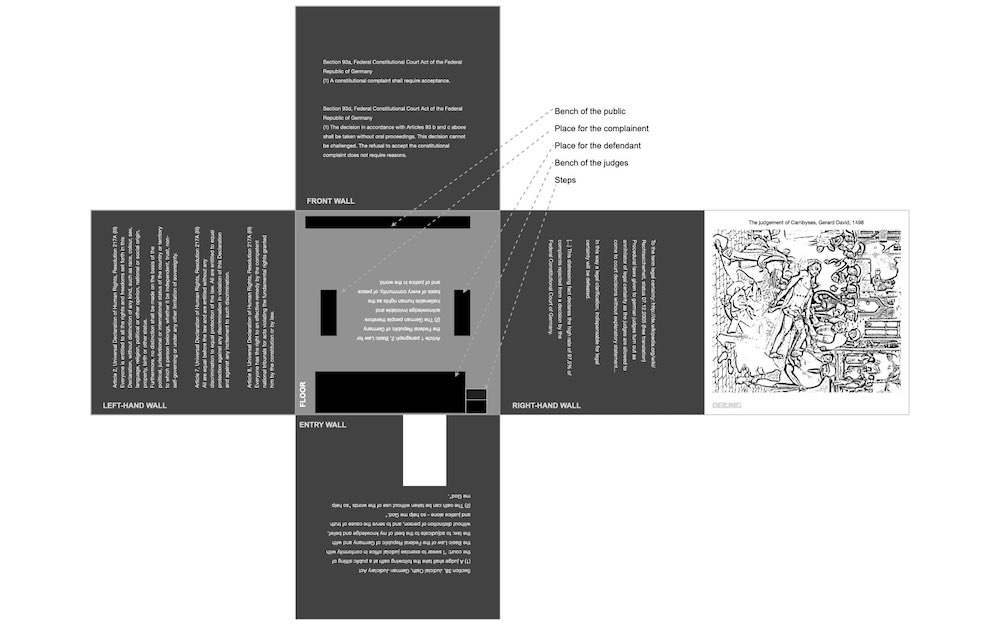